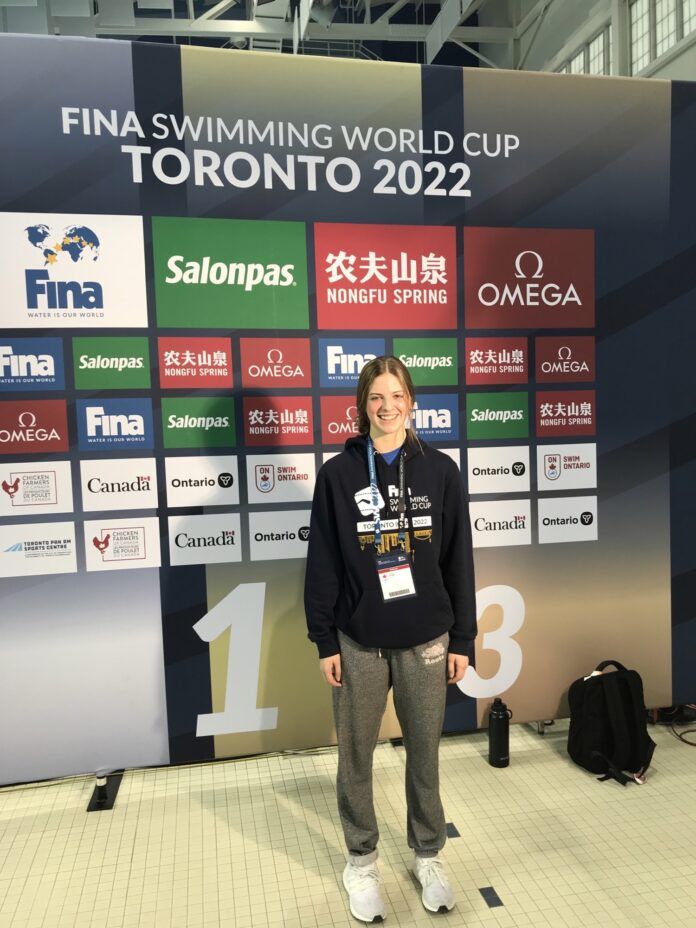 Grande Prairie swimmer Jordan Greber was among swimmers from more than 37 countries competing at the FINA World Cup Event in Toronto. This was the second international competition for the Grande Prairie Piranhas Swim Club member after having competed at the Junior Pan Pacific Championships in August. The World Cup Series was Greber’s first international event at the Senior competition level.

Greber competed in the 50 metre, 100 metre, and 200 metre backstrokes, and earned a spot in the 200 metre backstroke final where she placed seventh and competed against the likes of Olympian Summer McIntosh and Olympic and World Champion Kyle Massie. Greber set a new lifetime best and all-new club records while competing.

Greber finished the event by being invited to spend the week training with the Swim Canada Team at a high-performance development centre. In a press release from the Grande Prairie Piranhas Swim Club, Director of Swimming Alex Dawson says that this incredible opportunity will help the young swimmer build on her experience as an international competitor.

“We are really proud of Jordan and her representation of our Club at this high-level, international event. She works really, really hard to improve her performance and she will only continue to improve as she begins to get this type of international experience” Dawson says. “She is a role model for the other swimmers in our Club and she proves the investment of hard work and relentless focus will pay off.”

The FIFA World Cup is a three-stop series that started in Berlin in October, the second stop was in Toronto, and the third stop will take place in Indianapolis.