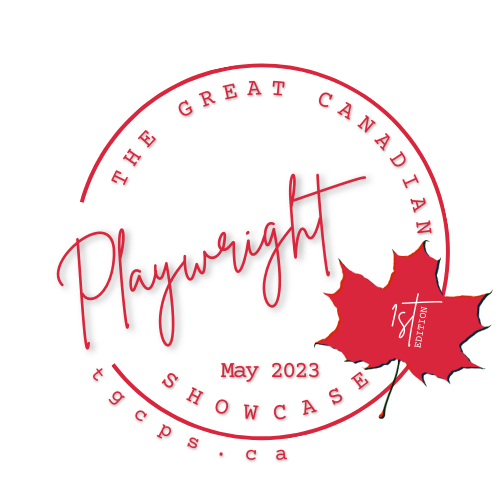 The Great Canadian Playwright Showcase is the brainchild of Beaverlodge playwright Jen England. England says that the idea came to her after reading a study called “Surveying the Landscape,” which focused on Canadian playwrights, and she says that the most outstanding result from the survey was the one thing these professionals need to make their lives better is to get their plays produced. From there England explains that knowing that was the hardest hurdle people in the industry were facing she decided to put together the conference, with the hopes of changing that.

England says that when she was looking into where to hold the conference, she originally didn’t think about holding it in the Peace Country, she originally was thinking about holding it in Banff. She thought that Banff has the center of the arts and it is close to Calgary, making it easy to get to for most people. That thought process took a turn though after she talked with Beaverlodge Town Councilor Cyndi Corbett, who asked if she would consider doing it here.

“I thought yes I defiantly would,” England says. “I made a presentation to the economic committee in Beaverlodge and was greeted with a warm round of applause. I went to go speak with other municipalities in the county and was met with the same response. So I decided to do it here.”

England explains that she thinks that there are a couple of things she likes about holding the conference in the area. The first reason is that it takes theatre people out of their element because most are from areas like Toronto or Vancouver, it will make attendants have to take down their guard and be more open and receptive to new ideas. Another reason that she likes the idea is that it is a great opportunity for the community to show what great people live in the area, and what the region has to offer to the rest of the country.

England says there are two different elements to the conference, the first part is the conference itself which includes showcases, new scripts, and roundtables. These events will be held at different locations throughout the region, and the exact location and schedule is still being worked on. The second part is the Grande Prairie Stake It to Take It Treasure Hunt, which is open to not just those attending the conference but the general public as well. England explains that the scavenger hunt will include participating businesses or attractions in the peace region will come up with a task that has to be completed by those taking part in the scavenger hunt.

“So a participant comes into the business and completes the task, it could be take a picture of yourself, jump up and down three time, answer a riddle, tell a dad joke, what ever it is. In return for finishing the task they get a garden stake with a number on it, and each stake is an opportunity to be entered into the grand prize draw at the end.”

She adds items that the participating businesses have donated will be in the grand prize. She says that there will also be a “treasure chest” at each participating business to collect donations to go towards one of the dozen or so regional charities that have been nominated. The stakes people are given when they complete a task at a business also plays a part in this fundraising element, because people can go and put their stake in front of one of these charities, and the charity with the most stakes will receive the entire “pot.”

England says that planning for the event is still underway. The Great Canadian Playwright Showcase is scheduled for the beginning of May next year.