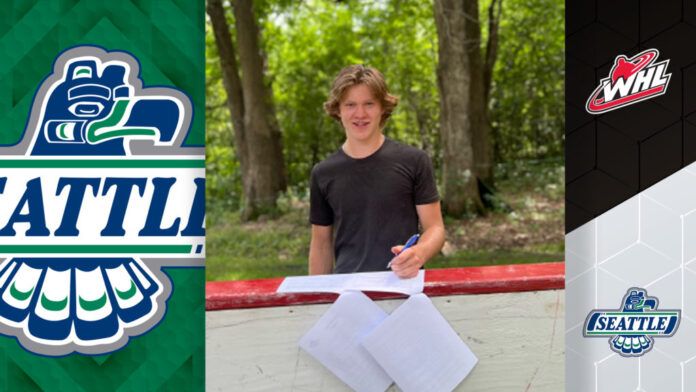 The National Hockey Leagues Central Scouting has released a preliminary list of players on the watch list for the 2023 Draft, and Grande Prairie’s Gracyn Sawchyn is among the 43 names on the list from the Western Hockey League (WHL). The seventeen-year-old centre is projected to go second or third round during next year’s draft in Nashville, Tennessee.

Sawchyn is in his first season of playing with the WHL Seattle Thunderbirds, and to date has played 8 games, has 3 goals and eight assists, along with 18 penalty minutes.

Koehn Ziemmer from Mayerthorpe is also on the preliminary list. Like Sawchyn, Ziemmer is also projected to be picked up by a National Hockey Team in either the second or third round.

The right winger is in his third season with the WHL’s Prince George Cougars. In the 10 games, he has played this year Ziemmer has 7 goals and 10 assists, with 13 penalty minutes.