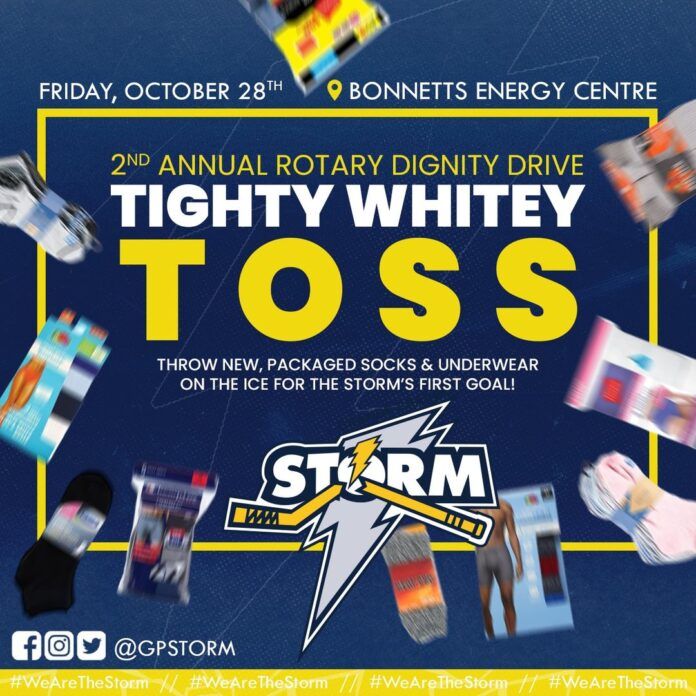 The second annual Grande Prairie Storm Dignity Drive Tighty Whitey Toss will take place Friday night against the Spruce Grove Saints. Executive Director Catherine Ridgeway says that the toss is a donation drive put on by the Rotary Rotaract Club of Grande Prairie, where they donate new socks and underwear to not-for-profit groups and homeless shelters around the city.

“Fans will bring their new packaged underwear and socks to the game, and will toss them onto the ice after the Storm scores their first goal of the game,” Ridgeway says.

She says the cause is one the Storm organization truly believes in and to partner with an organization like the Rotaract Club brings dignity to people in need.

“Those basic necessities that you maybe don’t think about every day are so important to everyone, so we love the concept to help and bring dignity to the citizens of Grande Prairie.”

The puck drop between the Storm and Saints is at 7 pm Friday at Bonnets Energy Centre. Tickets are still available and can also be bought at the door.