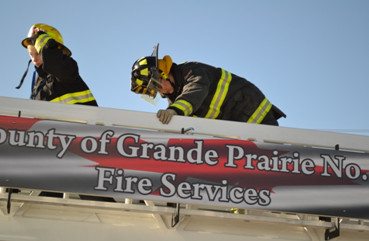 UPDATE: RCMP say the leak has been isolated and contained by ATCO Gas and the area is once again safe.

Residents southeast of Grande Prairie are being evacuated out of a concern for a gas leak. It’s believed a natural gas line was hit when a hole was drilled in the ground near Taylor Estates and another subdivision.

RCMP and the Fire Department have cordoned off an area, and are going door-to-door to alert nearby homes as a precautionary measure. So far no injuries have been reported but people are asked to avoid the area until the leak is contained.