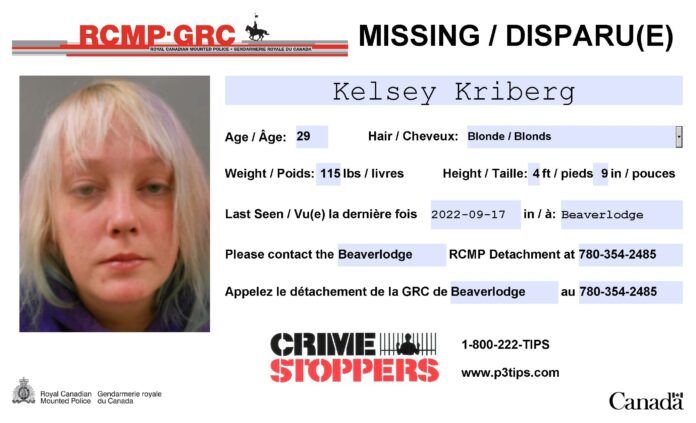 A woman reported missing from Beaverlodge may have made her way to Grande Prairie. The RCMP says 29-year-old Kelsey Kriberg was last seen in the town on September 17th.

Police say she may have been headed to Grande Prairie or Vancouver, B.C. Her family is concerned for her wellbeing.

Kriberg is described as 4’9″ and 115 pounds with blonde hair and green eyes. She has a slim build and was last seen wearing a grey sweater, pink and white pants, and pink shoes.

Anyone who has seen the missing woman or who knows of her whereabouts is asked to contact Beaverlodge RCMP or Crime Stoppers.